I lost my job, my dog died, and my wife ran off with my best friend


People steal petrified wood from the park. They do. How much is up for speculation, but it happens. In the past the entire focus was theft prevention, dating back to the early days when Theodore Roosevelt declared the area a national monument in 1906 (it didn't achieve national park status until 1962). Tons of the stuff were carried off and legend has it logs were blasted with dynamite to release the beautiful crystals that were inside some of them.

The author Edward Abbey worked at the park in 1961 for a few brief months before being fired for being a "wrench in the operation." He said his job consisted of sitting in the entrance booth for 8 hours at a time asking people if they had stolen petrified wood, and feeling like they were all lying to him.

It's true that the park was inhospitable to visitors for years, but the emphasis now is on making the park open, accessible, and welcoming. Still, a sign at each end of the park says vehicles are subject to inspection, a kind of "trust, but verify" philosophy. 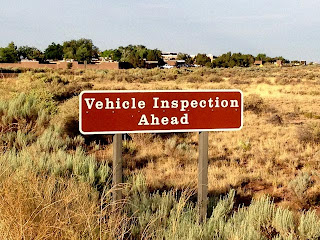 Some folks all of a sudden remember a chunk that's made its way into the car, and they're found on the side of the road between the sign and the exit. 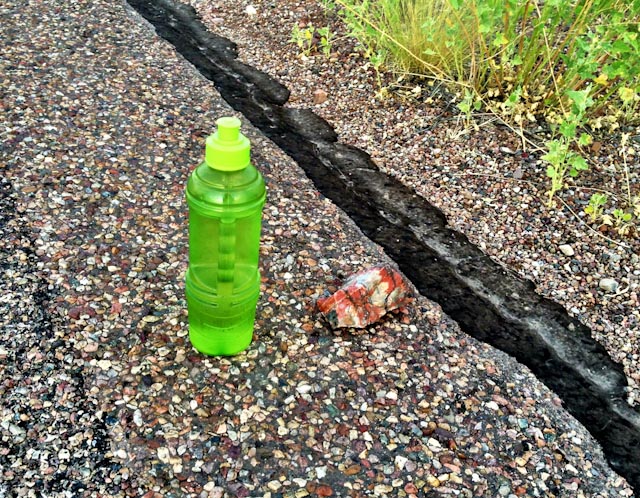 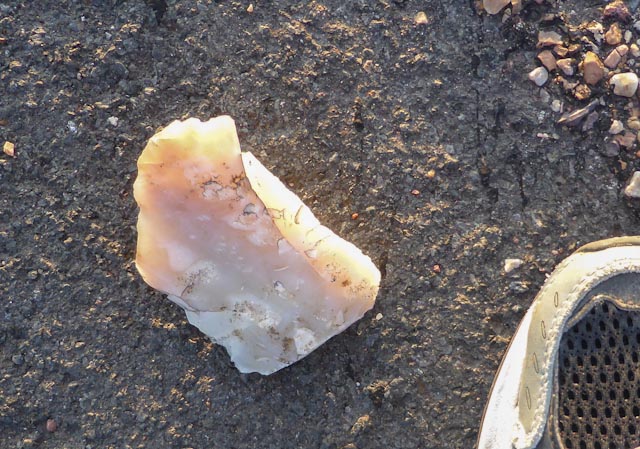 I've been out there where the stuff lies thick on the ground, I've seen these truly beautiful and unique marvels of nature, and I understand why people want to take one home.

Sometimes the pieces that make it out of the park also make their way back home. I was in the post office one day and saw this box, a lot worse for wear, waiting for someone to pick it up. 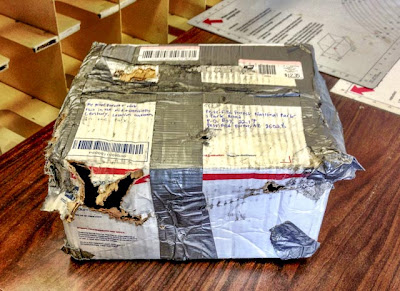 The box was already open on one corner, so I took a better look. Not the most gorgeous piece I've ever seen, but apparently attractive enough for someone to take home. 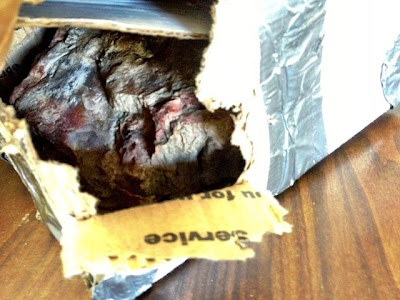 The returnees are often accompanied by a letter. I don't know about this one; maybe the sender thought the note on the box was enough. 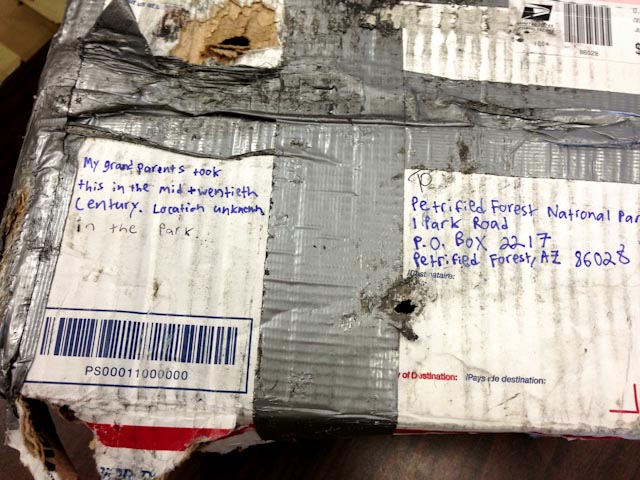 The park keeps all the letters. There are at least a couple of boxes of them, and I sorted through some scans to find a good one. Many, many of them tell tales of bad luck coming in waves since the wood came into their possession. Here's one that's a typical account, sounding like a bad country music song: 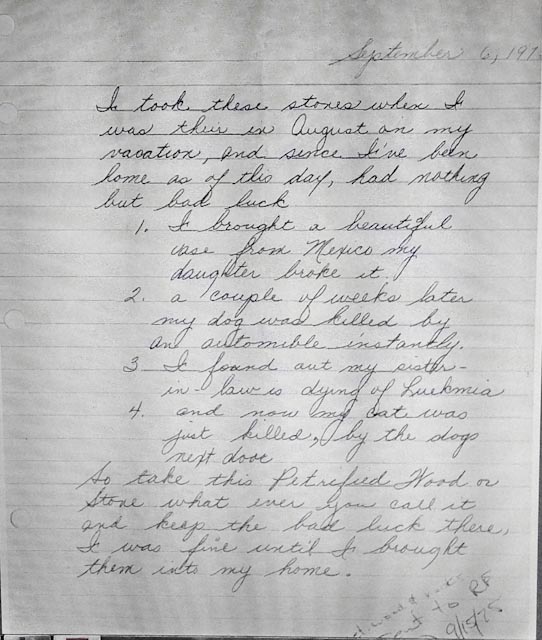 If you absolutely have to have some, just buy a piece in the gift shop or from any of the vendors along the road. Stolen petrified wood is bad juju.

=======
Thought of the day:
A guilty conscience is the mother of invention. (Carolyn Wells)