Where does bravery come from?

The Civil Air Patrol cadet who carried the wreath with the US and Army flags at the ceremony on December 14 placed it at the memorial marker for PFC Luther H. Story. 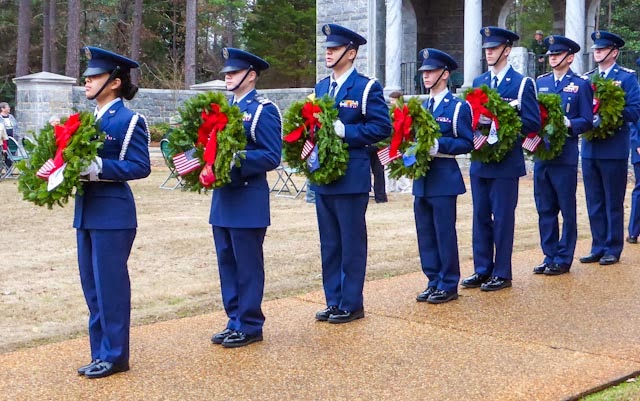 I had seen his marker at Andersonville before and noted that he was just 19 when he died. Just a boy. 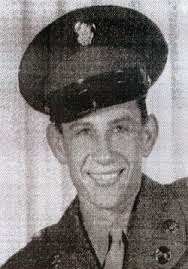 This week I drove to Columbus and back and even though it was at least my third trip, it was the first time I noticed that a bridge over the Kinchafoonee Creek on Highway 26 was named in his honor. 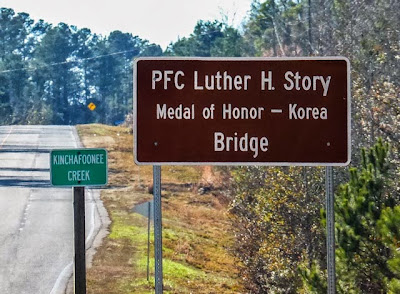 [A weird artifact has been coming and going on this page. I know not why, nor can I get rid of it.]

Today I found his remarkable story on Wikipedia. This is from his citation:

Pfc. Story distinguished himself by conspicuous gallantry and intrepidity above and beyond the call of duty in action. A savage daylight attack by elements of 3 enemy divisions penetrated the thinly held lines of the 9th Infantry. Company A beat off several banzai attacks but was bypassed and in danger of being cut off and surrounded. Pfc. Story, a weapons squad leader, was heavily engaged in stopping the early attacks and had just moved his squad to a position overlooking the Naktong River when he observed a large group of the enemy crossing the river to attack Company A. Seizing a machine gun from his wounded gunner he placed deadly fire on the hostile column killing or wounding an estimated 100 enemy soldiers. Facing certain encirclement the company commander ordered a withdrawal. During the move Pfc. Story noticed the approach of an enemy truck loaded with troops and towing an ammunition trailer. Alerting his comrades to take cover he fearlessly stood in the middle of the road, throwing grenades into the truck. Out of grenades he crawled to his squad, gathered up additional grenades and again attacked the vehicle. During the withdrawal the company was attacked by such superior numbers that it was forced to deploy in a rice field. Pfc. Story was wounded in this action, but, disregarding his wounds, rallied the men about him and repelled the attack. Realizing that his wounds would hamper his comrades he refused to retire to the next position but remained to cover the company's withdrawal. When last seen he was firing every weapon available and fighting off another hostile assault. Private Story's extraordinary heroism, aggressive leadership, and supreme devotion to duty reflect the highest credit upon himself and were in keeping with the esteemed traditions of the military service.

His body was never found, so the marker at Andersonville is just a memorial. 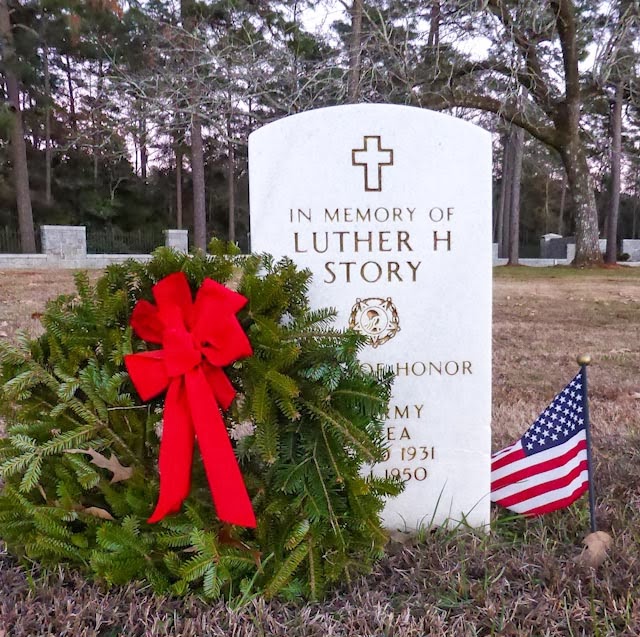 Where does courage come from? Is it simple action fueled from adrenaline? Does it come from a deeply held ideal or a firm belief in doing the right thing? Does one "just do it?"

Many people have told me that what I've done so far this year is brave. I left my home with nothing more than what would fit in a van, went on the road alone, and rolled with what came my way. I never thought what I've done is brave; what else was I supposed to do? I don't consider it brave.

But Luther Story? What he did took uncommon courage and the willingness to lose, including losing his life, for the goal he believed in. I wonder what he was like in the rest of his short life, if anyone who knew him could predict his actions in Korea.

One man with courage is a majority. (Thomas Jefferson)
at 4:14 PM