Last weekend I headed out to the Rainbow Rim trail in Kaibab National Forest, which is actually a series of trails that hops from one of five points overlooking the canyon to the next. Because I'd heard that the road into the closest one, Timp Point, was closed for re-gravelling, I went out to the farthest point, Parissawampitts, with the idea of hiking to Fence Point, the next one over. 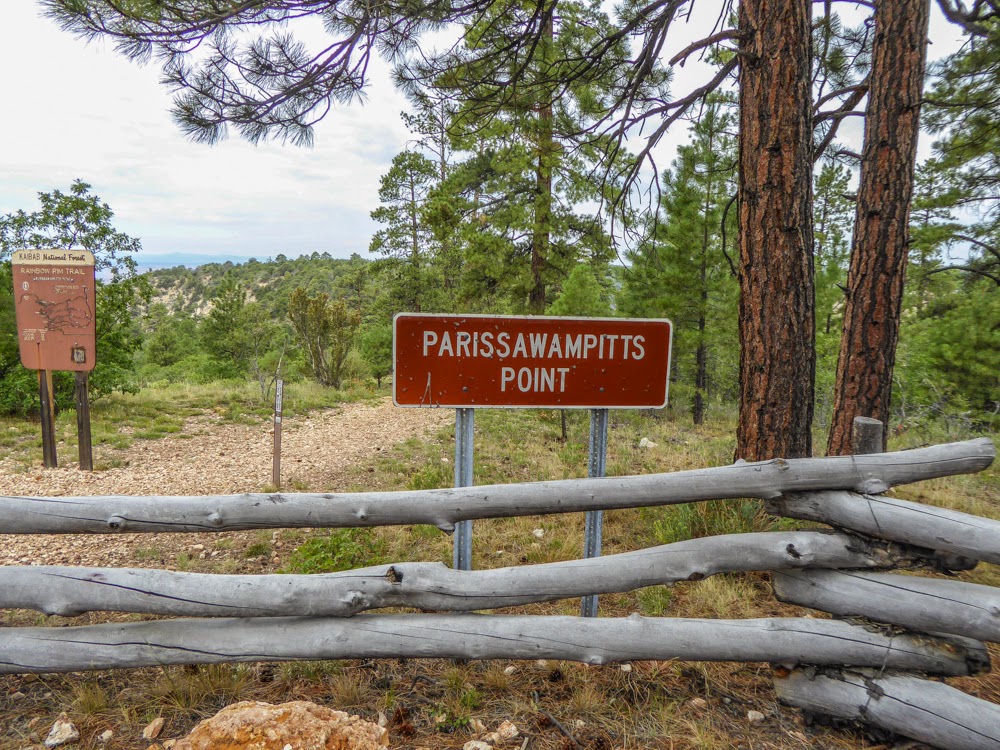 The sign in the background is a trail map. It shows the distance from Parissawampitts to Fence as 5.5 miles one way. OK, I can do 11 miles, I thought, so off I went. It's apparent that this section of the trail doesn't follow the rim but I did expect it to be a nice inland hike. Right. 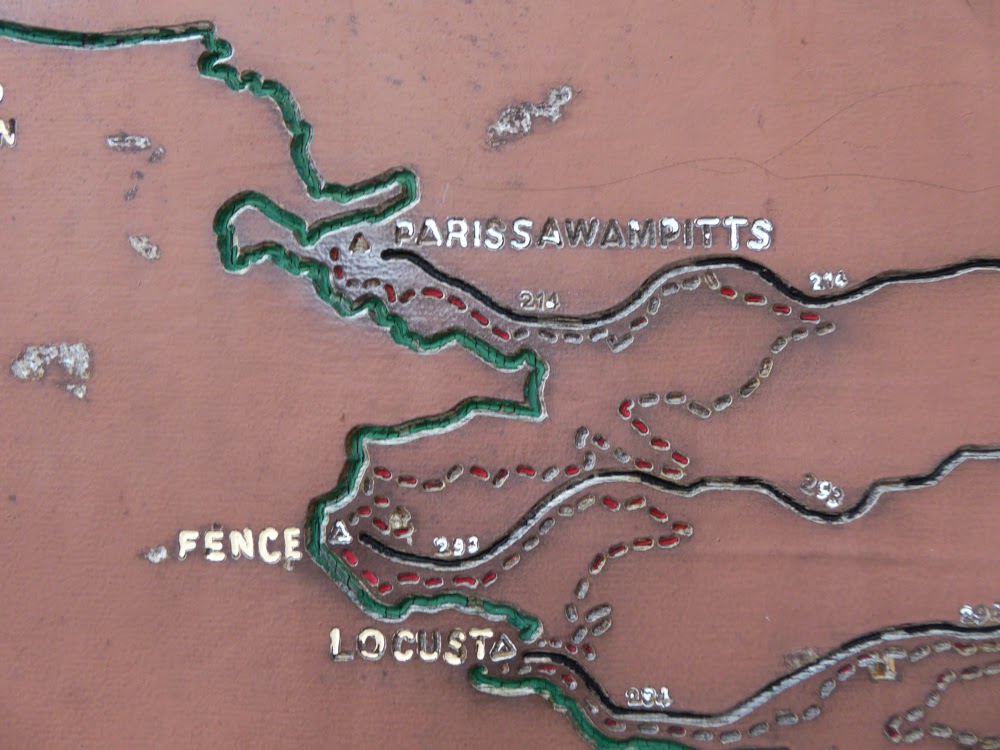 There were exactly two measly sightings of the canyon and unremarkable ones at that. Does that mean I'm jaded? I hope not. My thought is if it takes me at least an hour to drive on graveled Forest Service roads into the back of beyond, the experience should be commensurate with the effort expended. 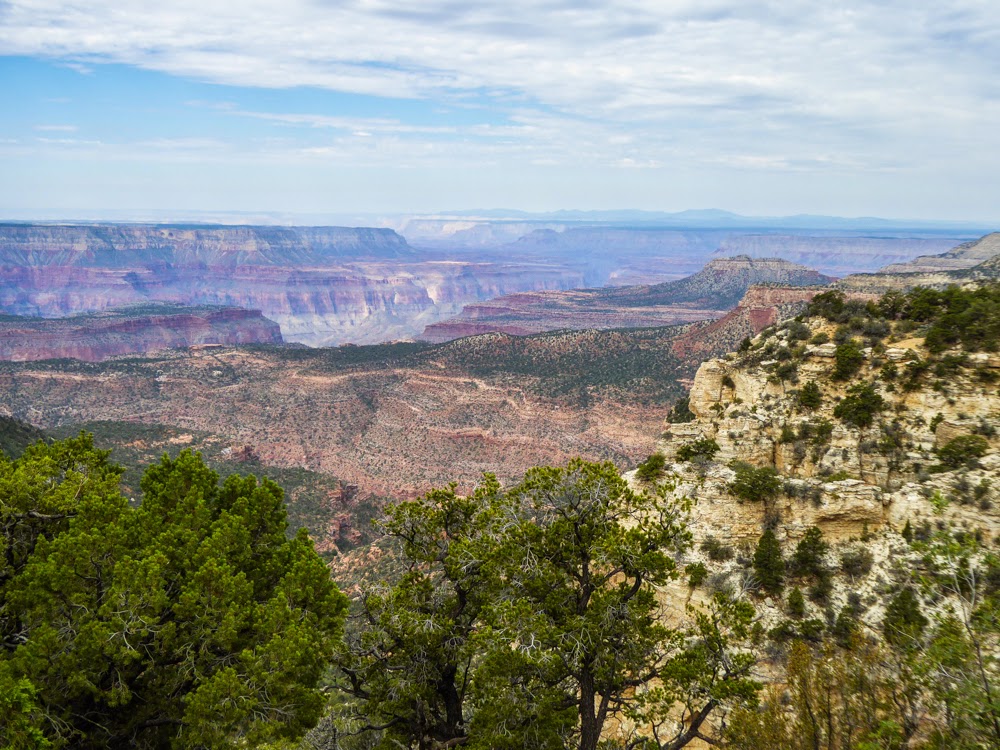 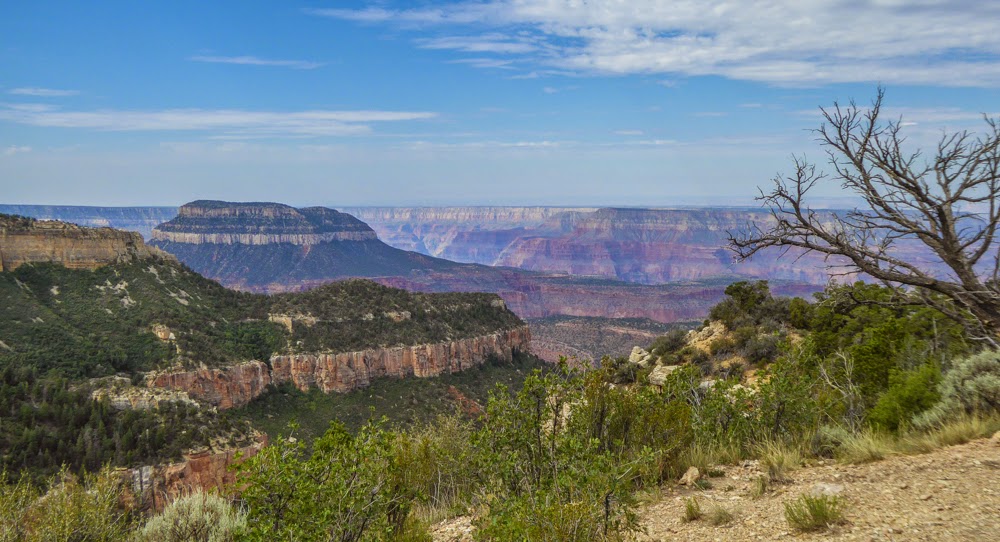 The experience was more like pulling the handle on a slot machine, or like it used to be pulling the handle before all the fun was taken out of it by electronic machines: if I just kept going I would surely hit pay dirt in terms of scenery. I never did but I found other treasures, including end-of-season wildflowers.

I love these skyrockets, a Gilia species that's in the Phlox family. I've seen them here in scarlet, hot fuchsia pink, lavender, and now this spotted orange. Aren't they fun? 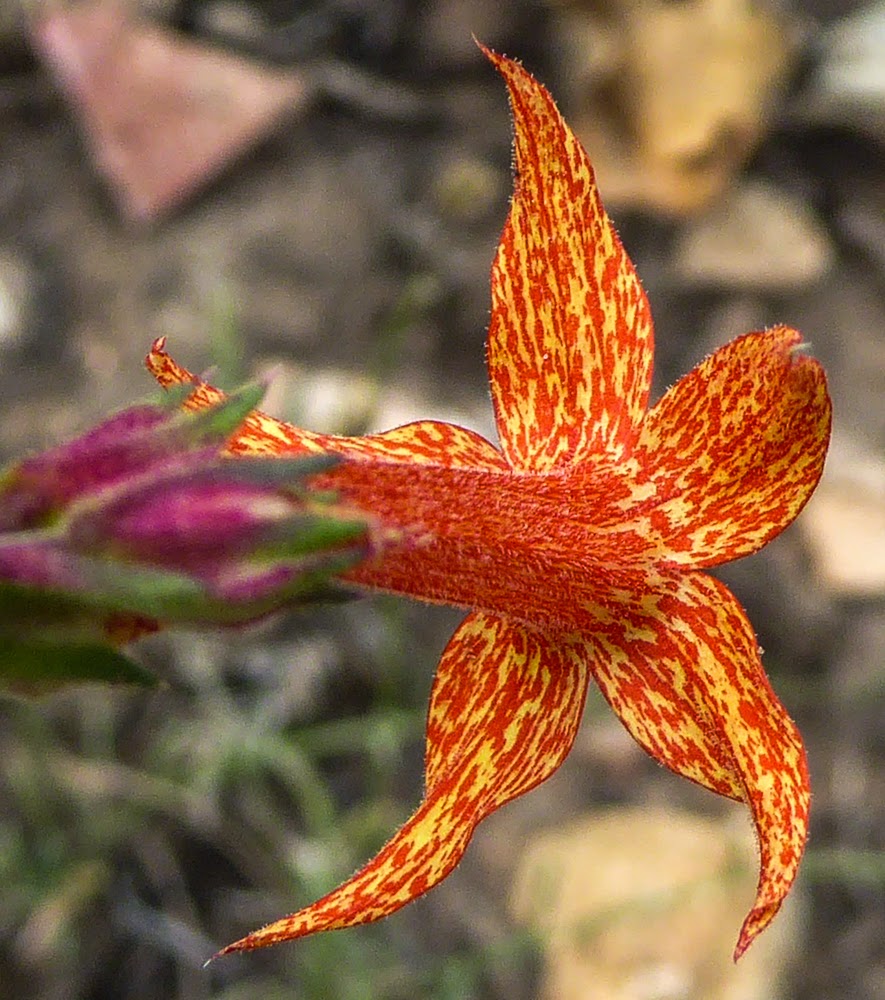 Here's one still in bud. No one would ever think to put these colors together except Mother Nature. Unexpectedly gorgeous. 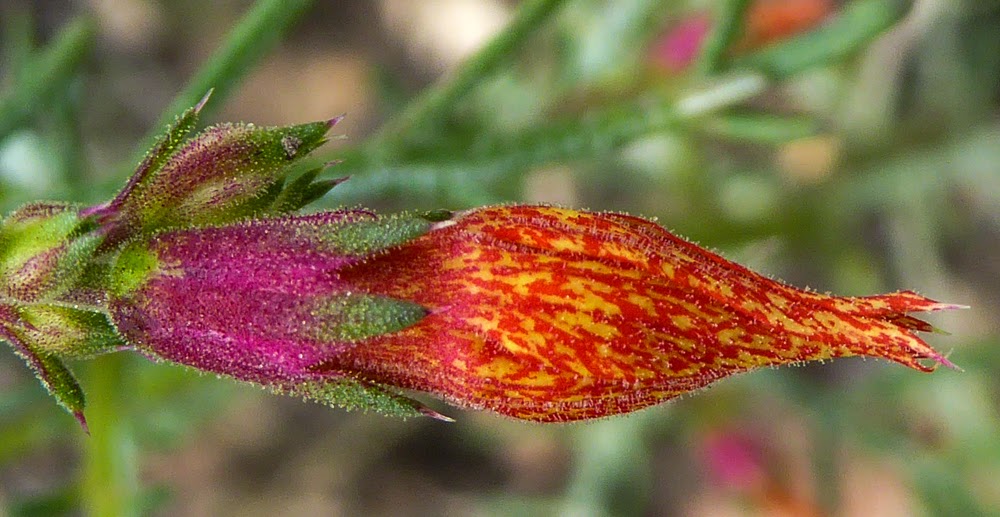 I have no idea what this is. Try looking up 5-petaled yellow wildflower and see how far you get. 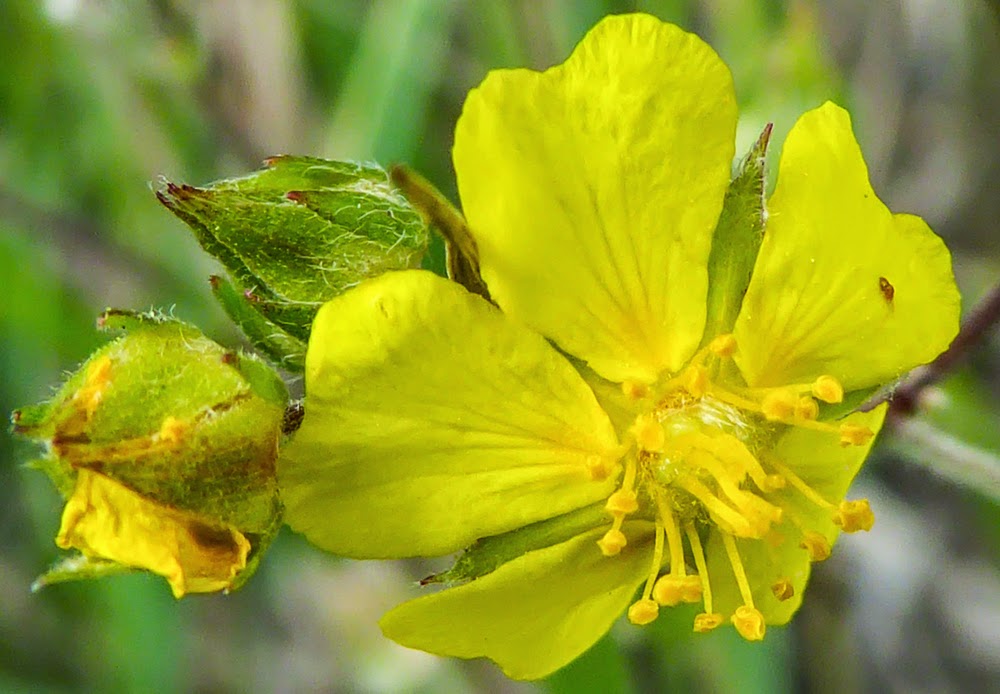 This confection is a cranesbill geranium, a genus that contains more than 420 species, according to Wikipedia. These have no relation to the Pelargonium species you buy at Home Depot, which are perennial evergreens native to South Africa. 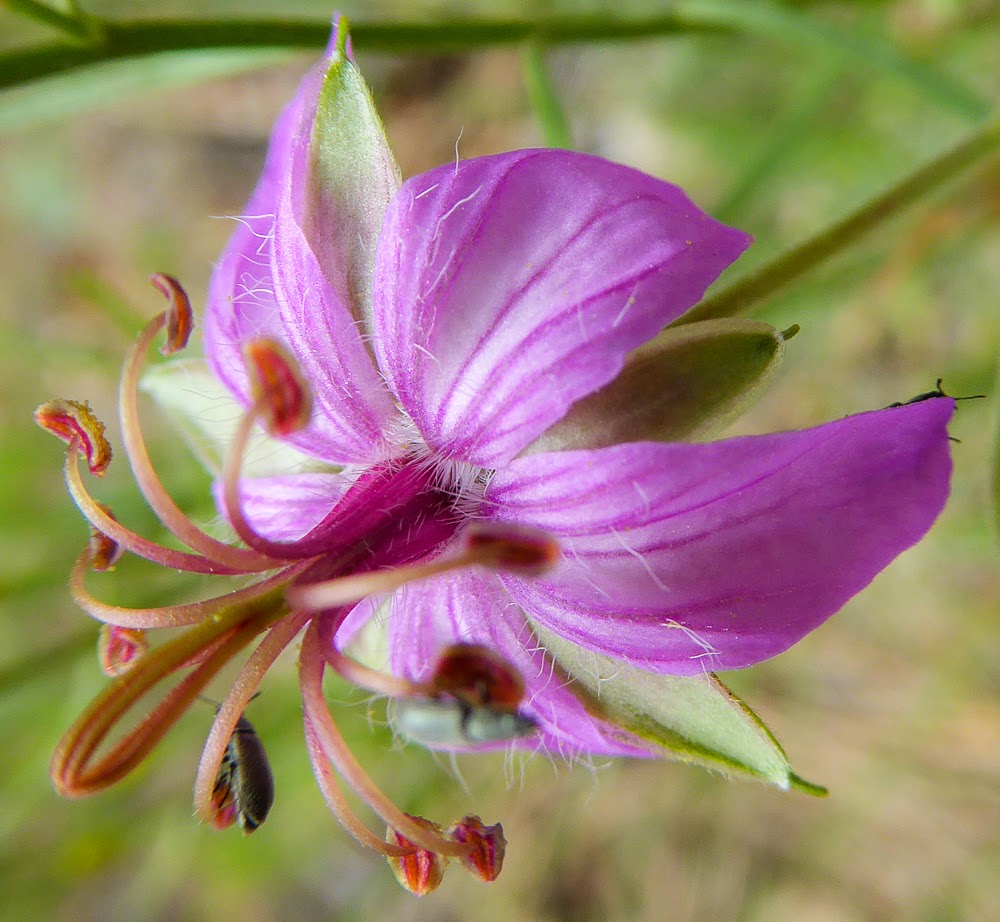 I also found some feathers which I think I might not have seen at all if I hadn't been moving slowly, trying to keep the heart rate down. See, there's an upside to everything!

This one looked scorched but that's just its natural coloring. 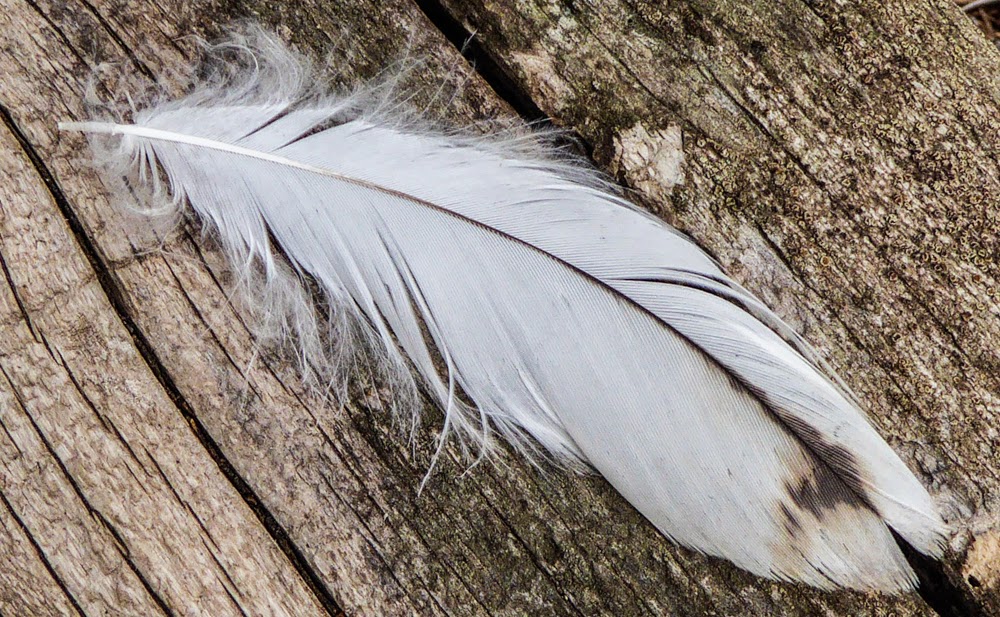 Nice subtle coloring on this one; detail in the next photo down. 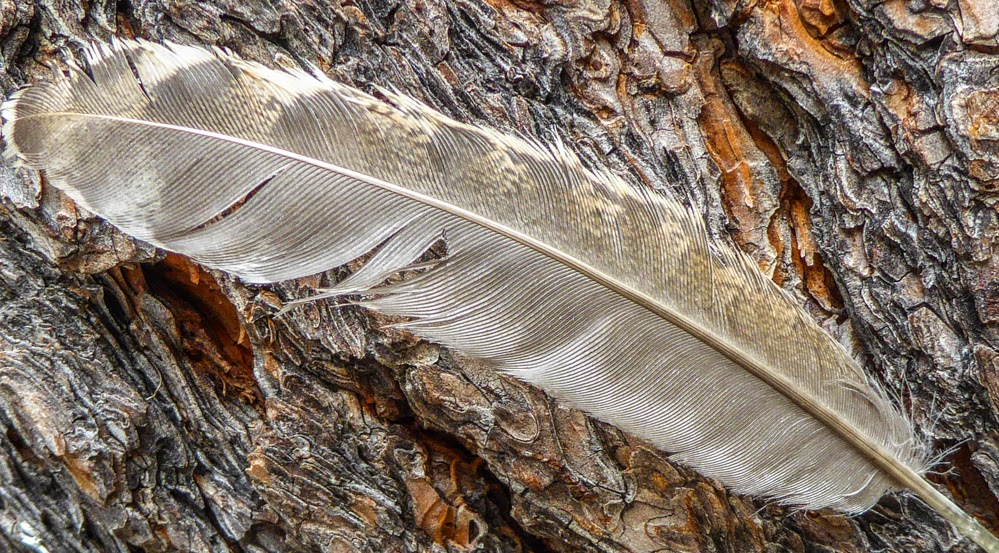 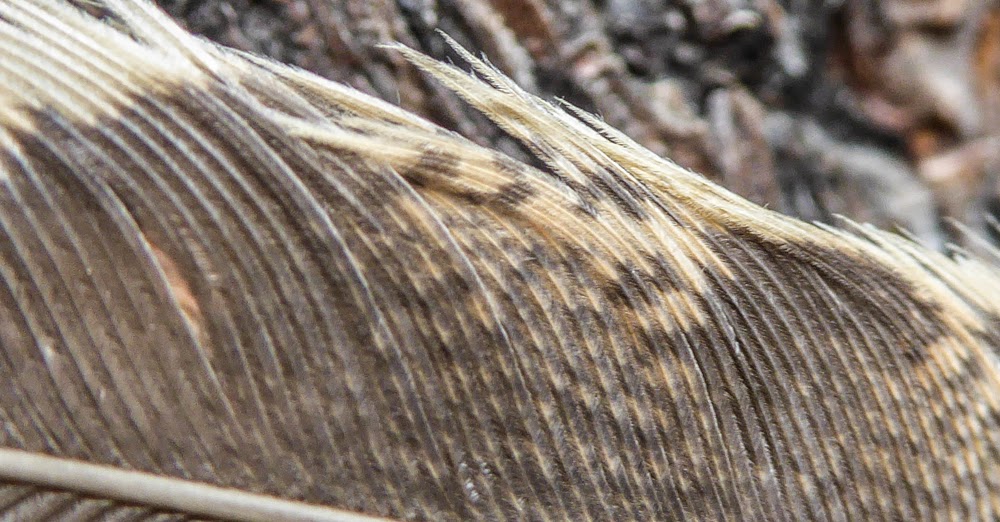 Steller's jays are some of my favorite birds. They're brash and noisy, in-your-face birds. When I lived in Washington the first time I fed them by throwing peanuts in the shell onto the deck. They picked up one peanut after another, seemingly weighing them, finally settling on one that would be choked down, only to start again to select another one or two. Here is a feather that displays their electric blue that's so distinctive. 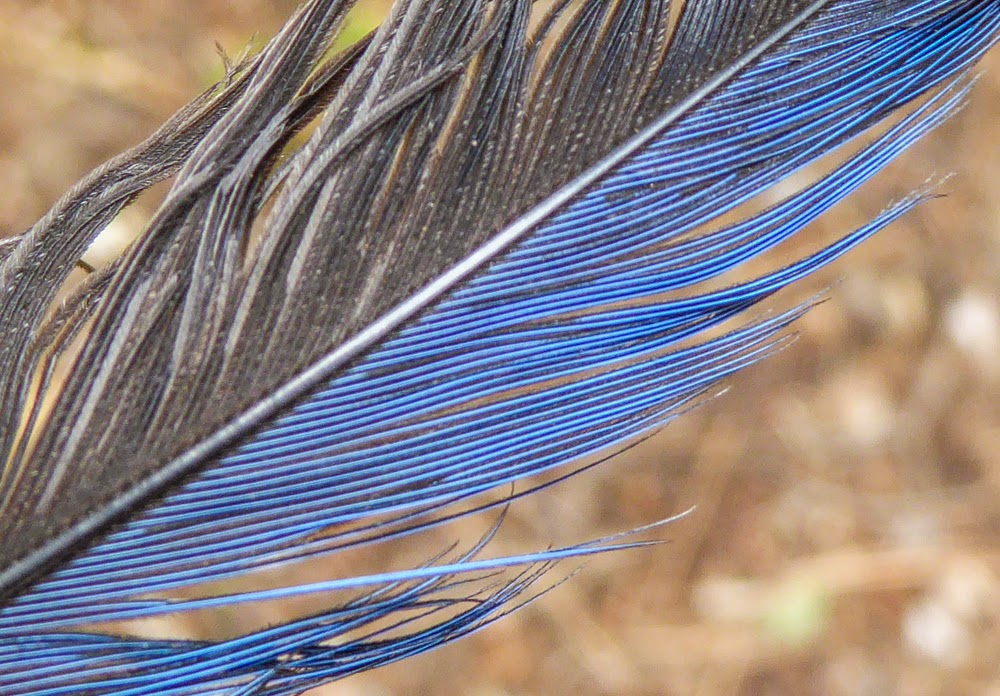 Some flowers are done for the summer, leaving behind sculptural reminiscences of themselves. 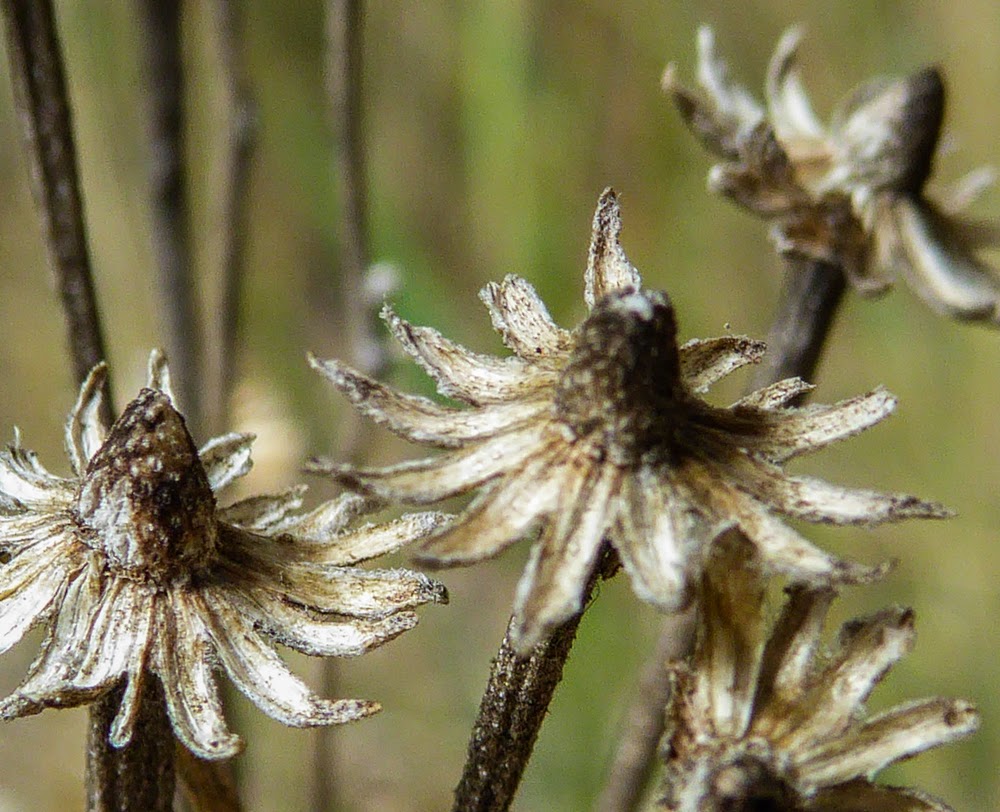 This is what's left when the cranesbill geranium loses its petals. 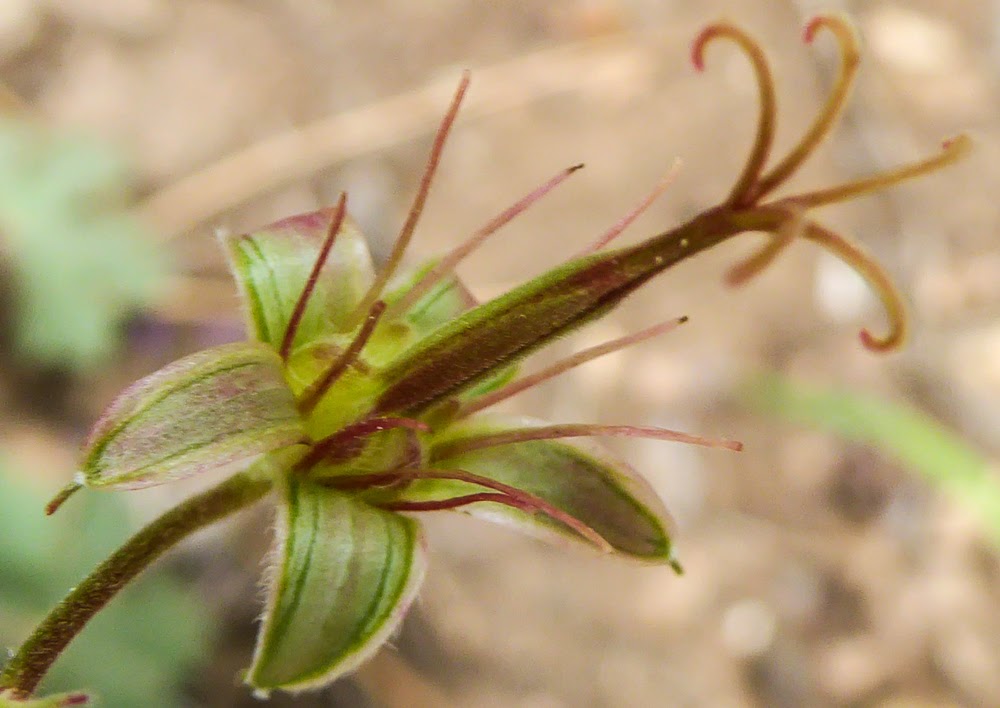 I caught movement out of the corner of my eye and was lucky to see this critter, about 14" long. Surprisingly, it didn't move out once it reached this spot. I got several shots, then made a wide berth to leave it undistubed.

I take it back; there were three measly views on the trail. 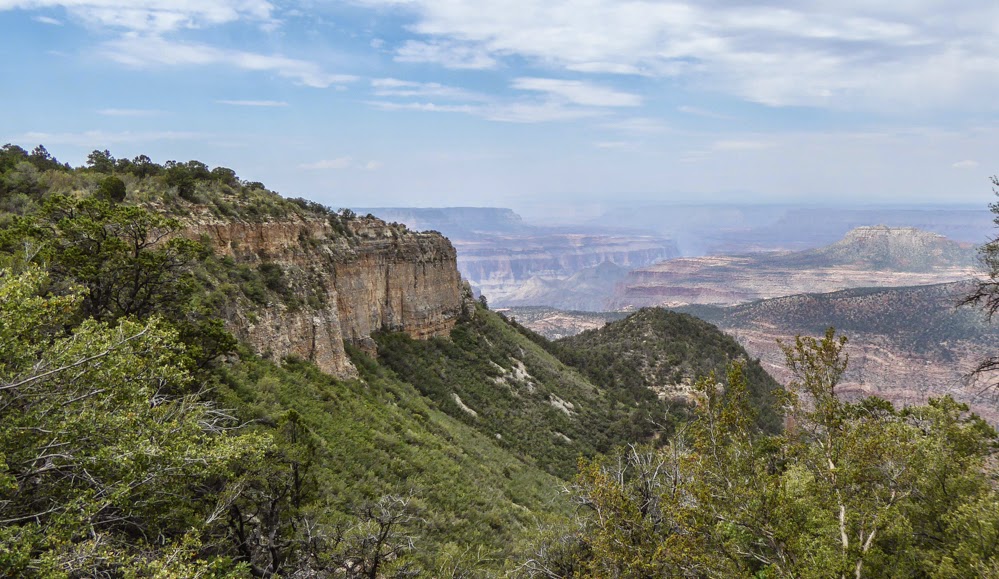 I'd been trudging along with the end of the trail nowhere in sight, when a mountain biker came from the direction I was hiking toward. "How much farther?", I asked him. "About a mile and a half." "You gotta be kidding me." I'd been on the trail forEVer. A big roll of the eyes and a big sigh of resignation, and I kept going until I thought how stupid it was. All the way over I kept thinking I had to go back. It's not a loop trail but an out-and-back, and nobody was going to give me a ride. If I had to see Fence Point, I could drive there. With this epiphany I turned around and slogged my way back, my final reward (other than a 2-liter bottle of water I'd left in the truck) being this horned lizard. He also scuttled across the trail and then seemed content to stay where he'd landed. Pretty, isn't it? 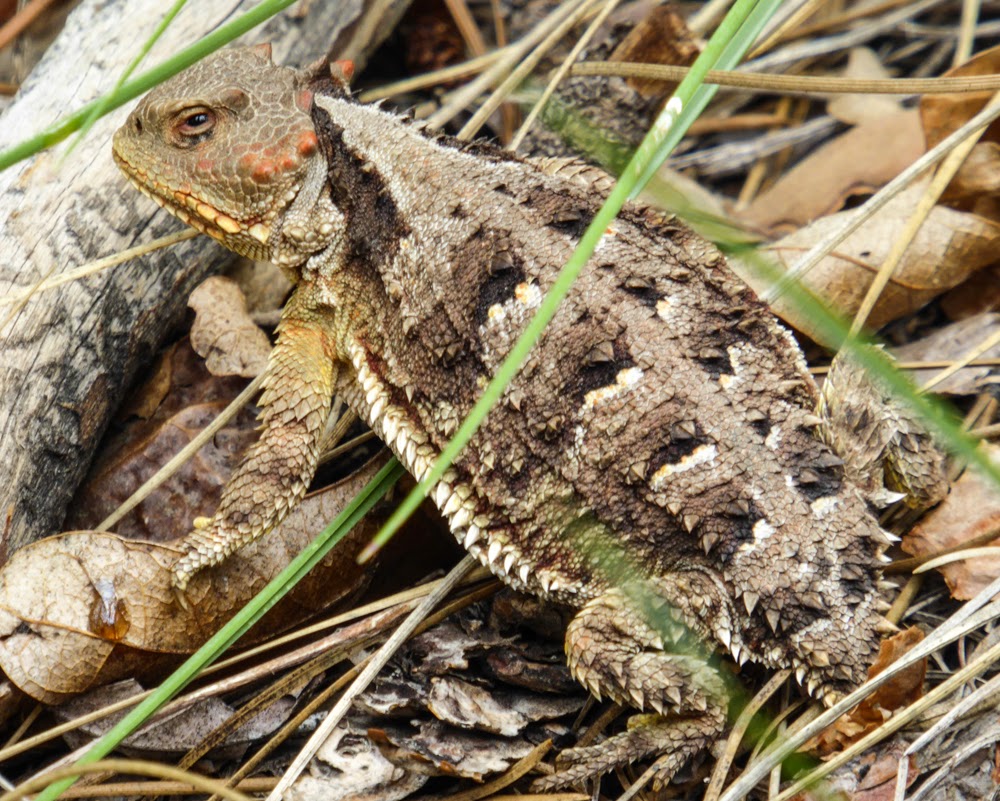 So I didn't make it the 11 miles but think it was more like 9. Good enough for me. I got home and threw a nice, fat, Costco steak on the Forman grill. I try to avoid meat but this was one time it called and would not be denied.

The next day I went to work and told the back-country Ranger I'd been out there but for the life of me couldn't remember the name of the point I'd started out from. What came out of my mouth was Parasnotowitz. She knew exactly where I'd been.