It's a long, long way to Tucumcari

(But only when you spend two hours at Costco in Albuquerque.) (And, yes, I know it's supposed to be Tipperary.)

It was good to be back on the road again yesterday, and I spent the first night out in Tucumcari, New Mexico. Tucumcari is a Route 66 town that's kept a lot of its charm. I'm a sucker for old signs and this place has an abundance.


Just $15 a night at the Cactus RV Park, a bargain, and a really nice office lady to boot. That's not the office lady; it's me. 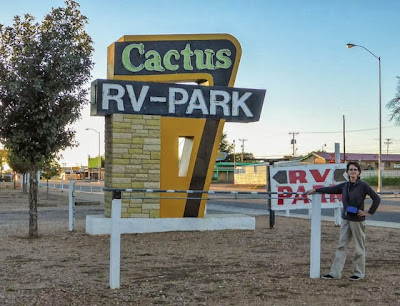 The motel that used to be part of the RV park. I'm pretty sure, from the looks of it, that no one stays here anymore. 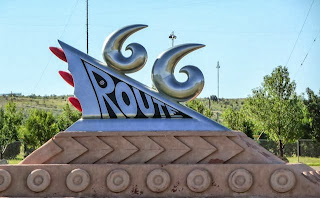 Lots of old motels are still open and have kept what look like the original signs. 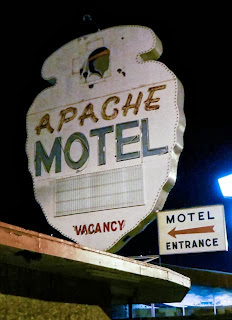 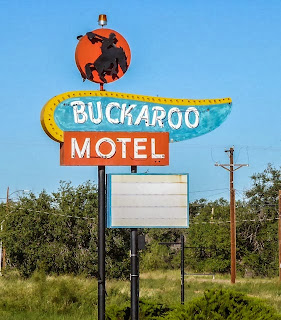 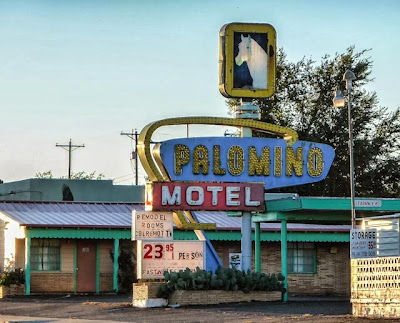 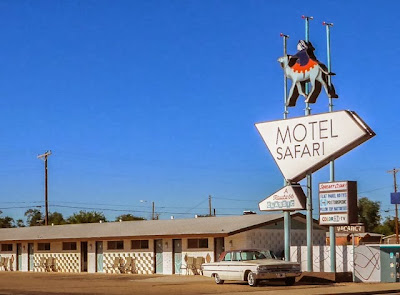 The Blue Swallow Motel is the prettiest, and has refrigerated air. 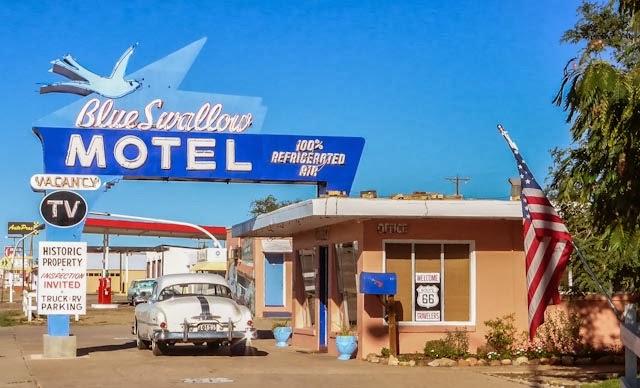 I had dinner at Del's. Before I went in I got on the Character Readings scale in the lobby. I must not have any character, though; even though I paid all of a penny, nothing showed up in the little window. Oh yes, the machine could show my weight, no problem, but no character. 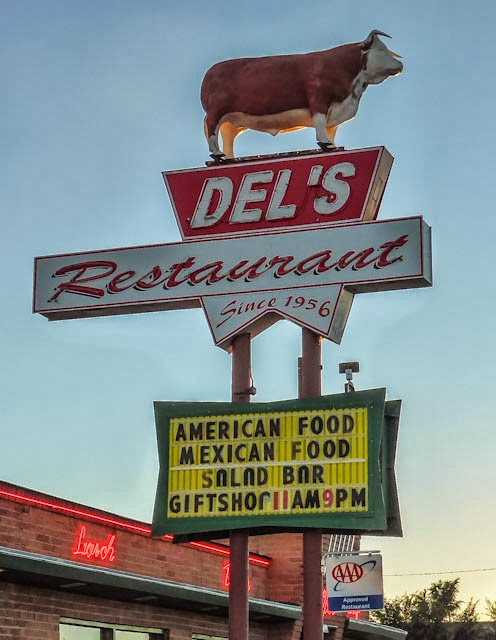 Quality food at the Drive-Inn. 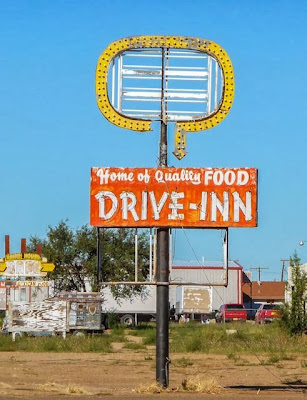 Eyes on Route 66. I thought this was an optometrist's office but it was just a Route 66 mural. Not sure I get the connection.

La Cita Mexican Foods is now a florist who had the sense to keep the sign and the architecture. 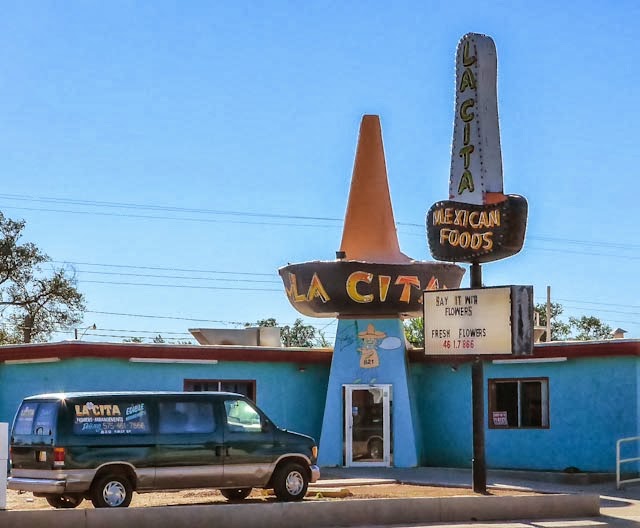 I think Rubee's is still open. 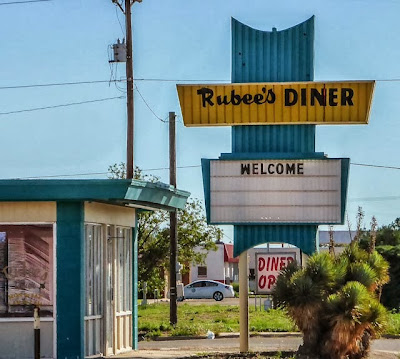 The Texaco station is now an antique shop with a great paint job. 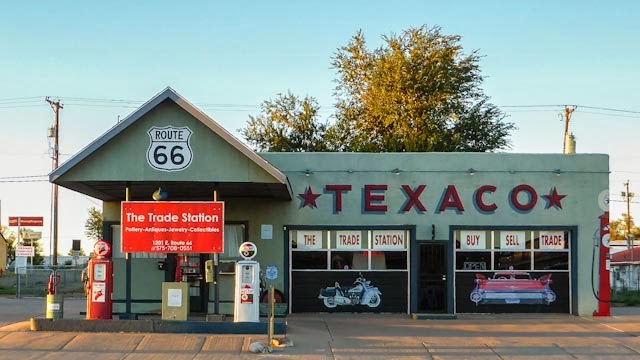 The Welcome Center has a great George Jensen Jetson arrow/boomerang/space-thing going on. (Who is George Jensen?) 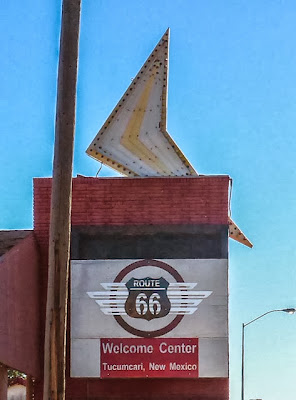 Trails West has an unmistakable arrow pointing the way. 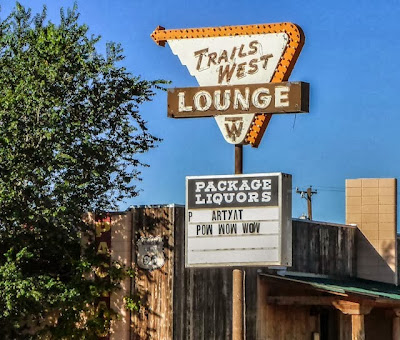 Not too many of the neon signs are still lit, but Tepee Curios is in perfect working order. 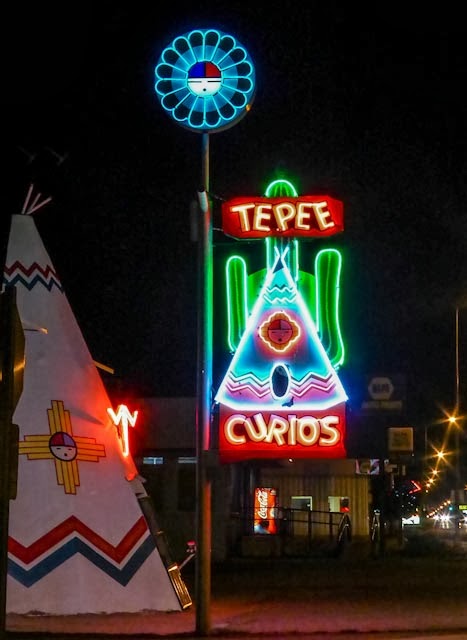 What I would have called the Thunderbird Lounge is instead called the Lizard Lounge. Don't ask me. 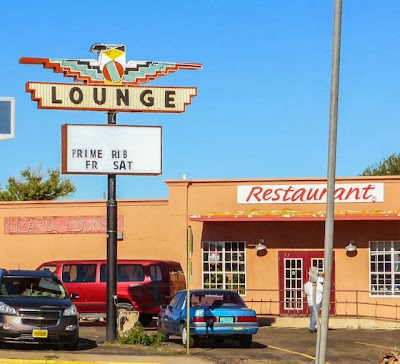 I'm fairly certain the Drive In part does not refer to getting a tattoo. 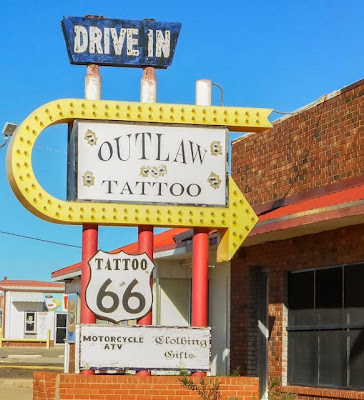 The truck might be Art. There's no other explanation. 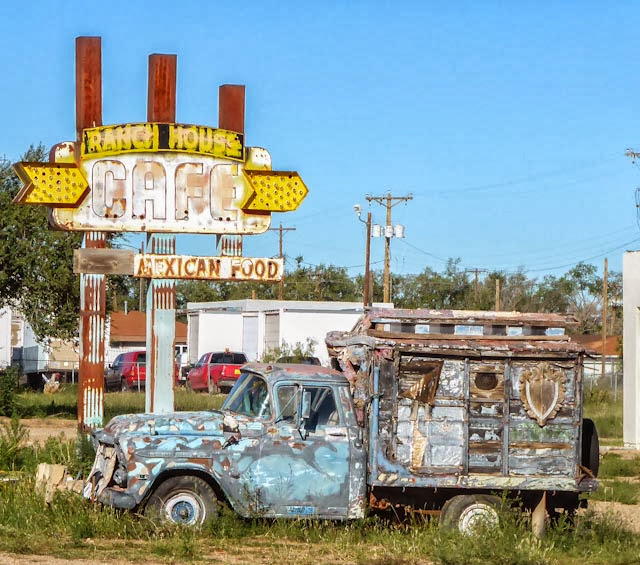 After leaving Tucumcari, the road took me through a small part of the Texas panhandle. When I left Texas in 1987 after four loooooooooooong years, I swore I'd never set foot in the state again. Yet here I was. You just can't say never. 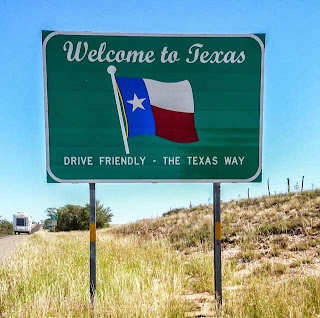 This accordion building was next to where I stopped for a break, somewhere near Dalhart, Texas. 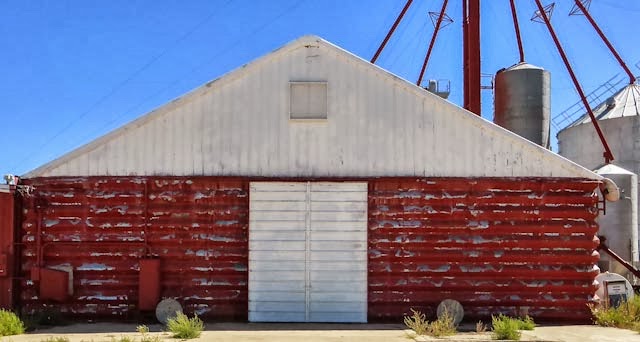 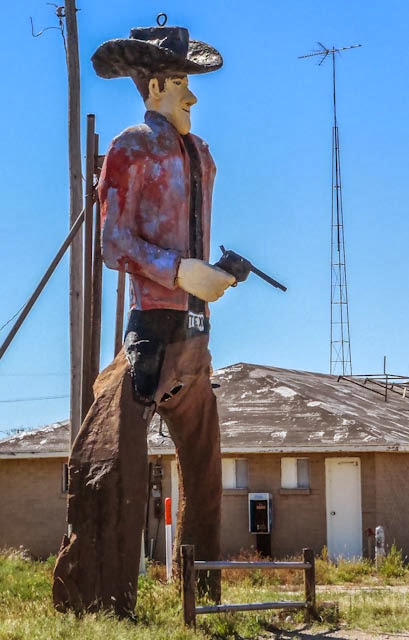