Dante's View is named for the author of the Divine Comedy, Dante Alighieri, who described 9 circles of the Inferno, 7 terraces of Mount Purgatory, and 9 celestial bodies of Paradiso.

In April 1926, some businessmen of the Pacific Coast Borax Company, informed of the touristic attractiveness of Death Valley, were trying to pick the best view of Death Valley. They had nearly chosen Chloride Cliff in the Funeral Mountains north of here when they learned of this place in the Black Mountains. Upon seeing it the group was immediately persuaded and promptly called this point Dante's View.

Exactly which vision of the afterlife was in the minds of the namers of Dante's View is unknown. I can understand it being any of the three: the Valley's Inferno in mid-summer; Purgatory if one comes on foot up the long, winding road with a 15° grade, or Paradiso, for the sublime view.

See what I mean? This has to be the best view of the Valley from anywhere in the park. It's not what I expected a place called Death Valley to look like. 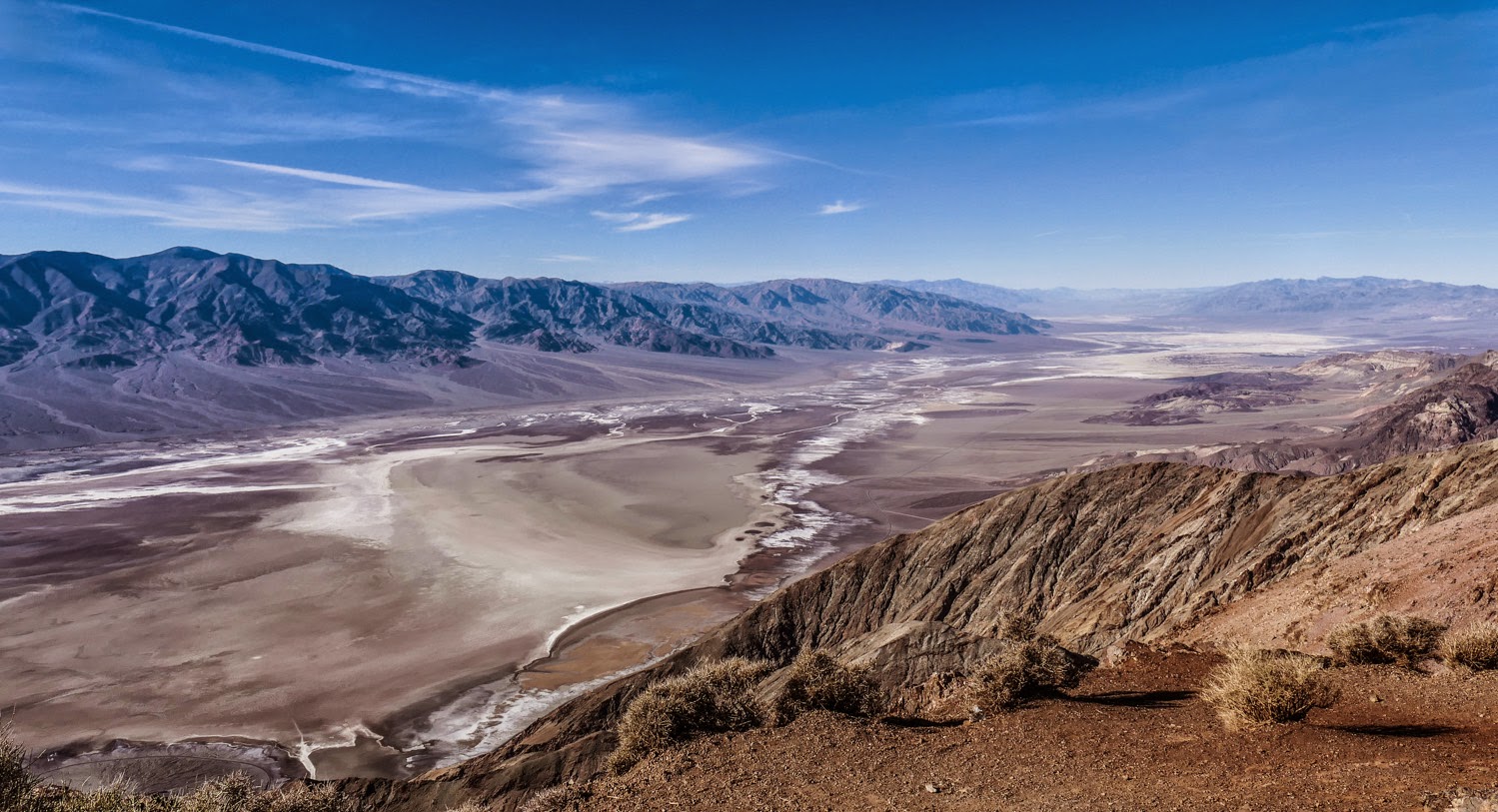 A different view of the salt flats, this elevation shows the patterns of wet and dry. 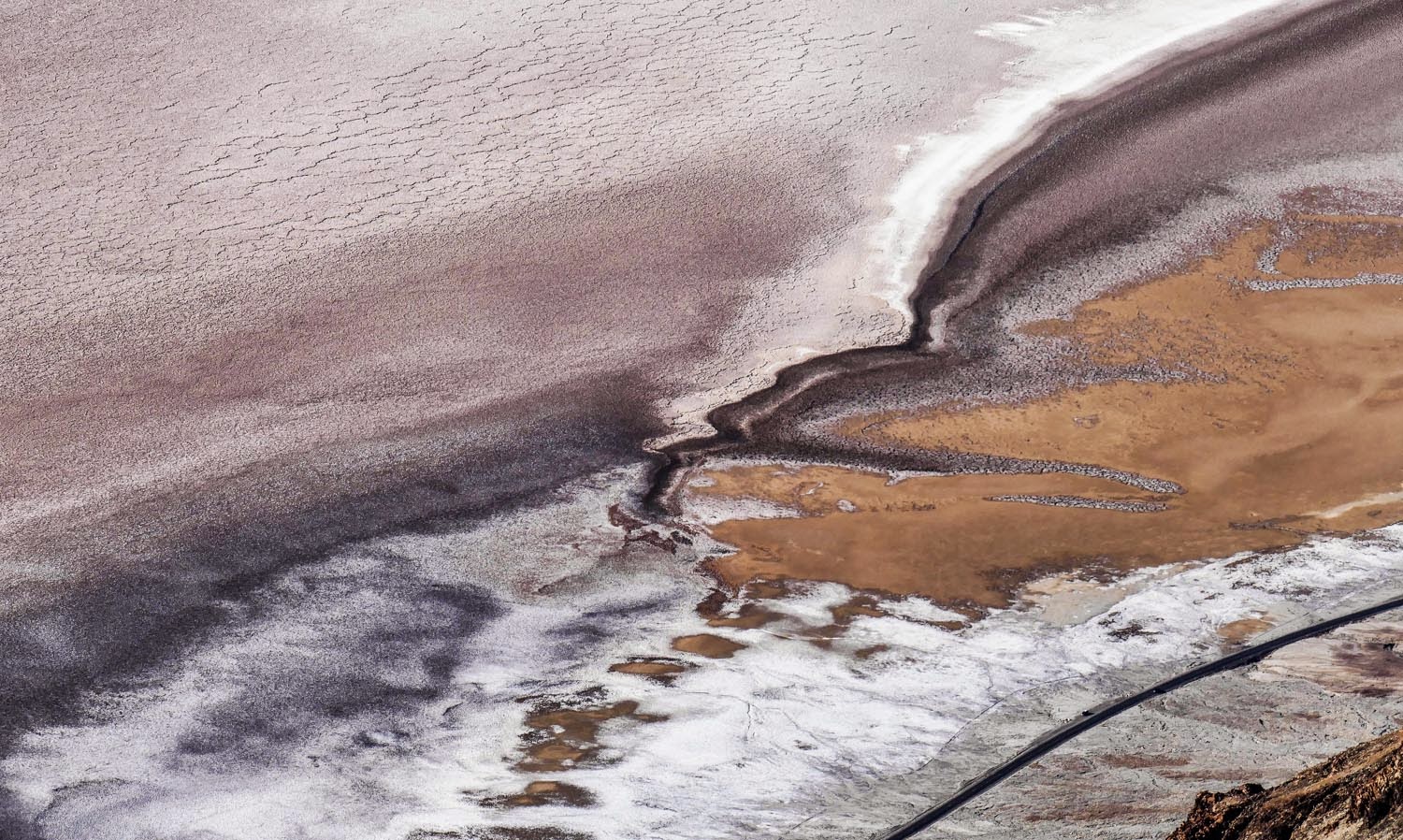 I looked at this view and looked again. What is that line? Is there a pipeline on the Valley floor? No. Can't be. Then I saw a speck moving along it and realized it's the Badwater Road, the one my boss drove along when he took us to the lowest point in North America. 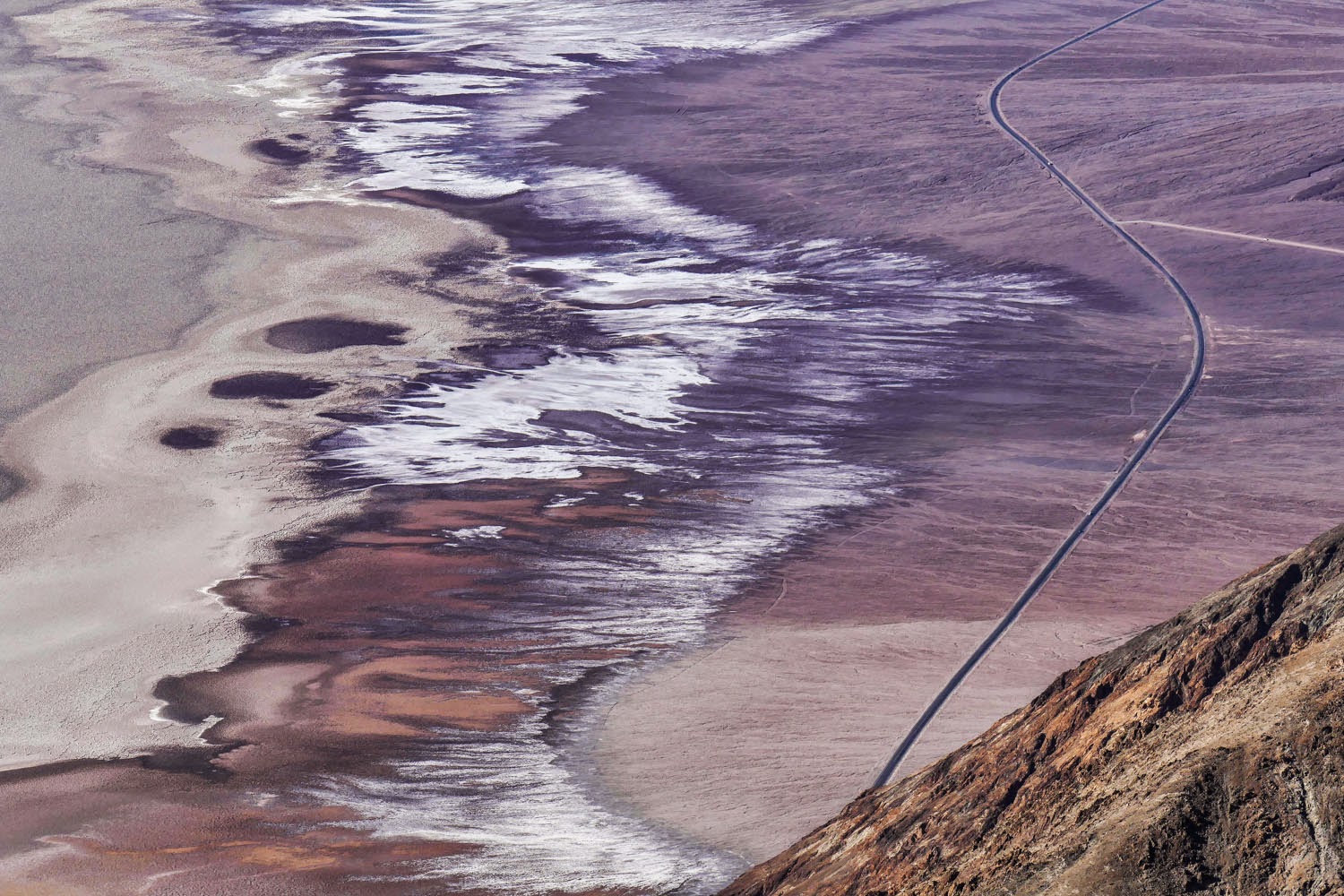 To the south lie the Owlshead Mountains. The path to the brink is up hill and down dale, looking much steeper than it actually is. 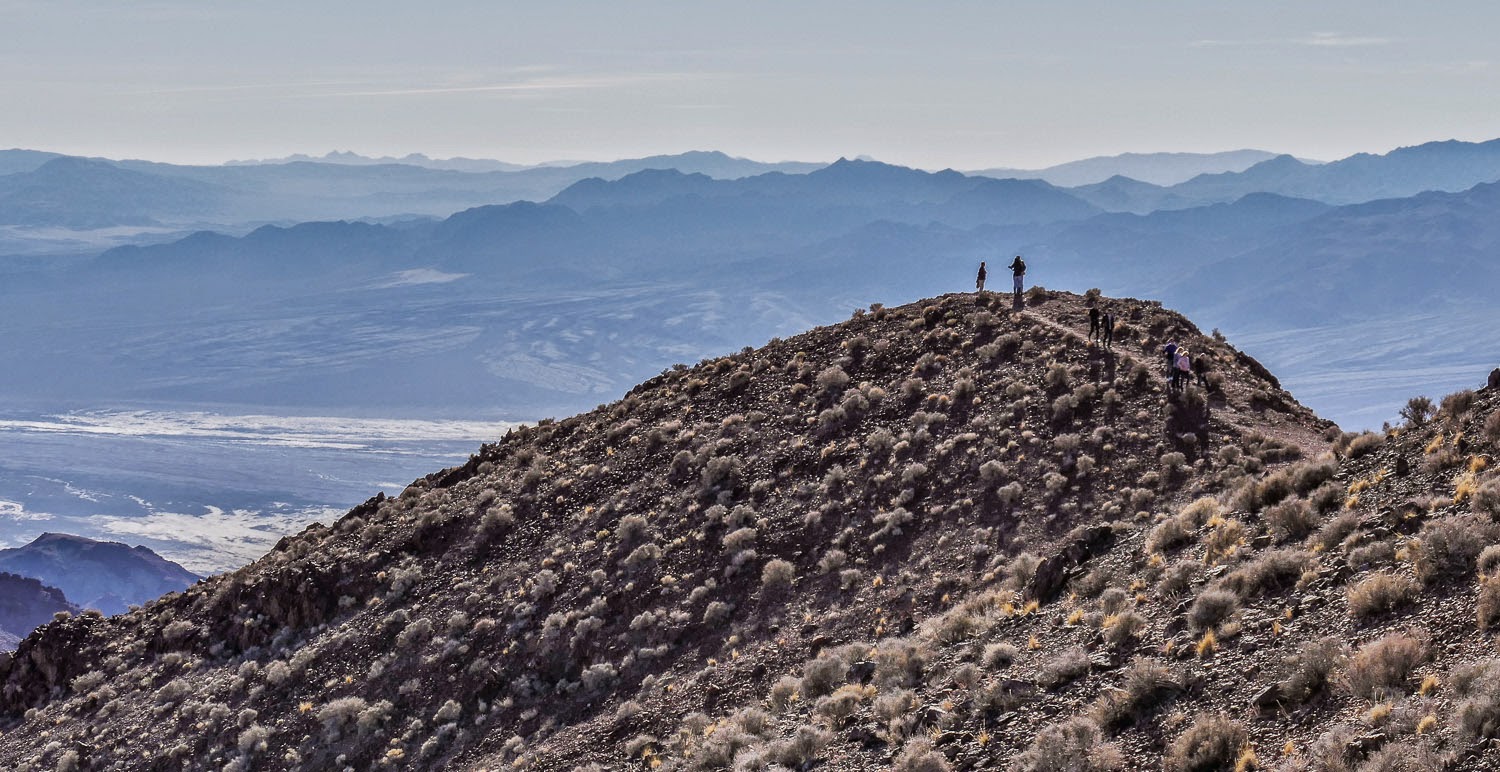 An alluvial fan looks so very different from up top. 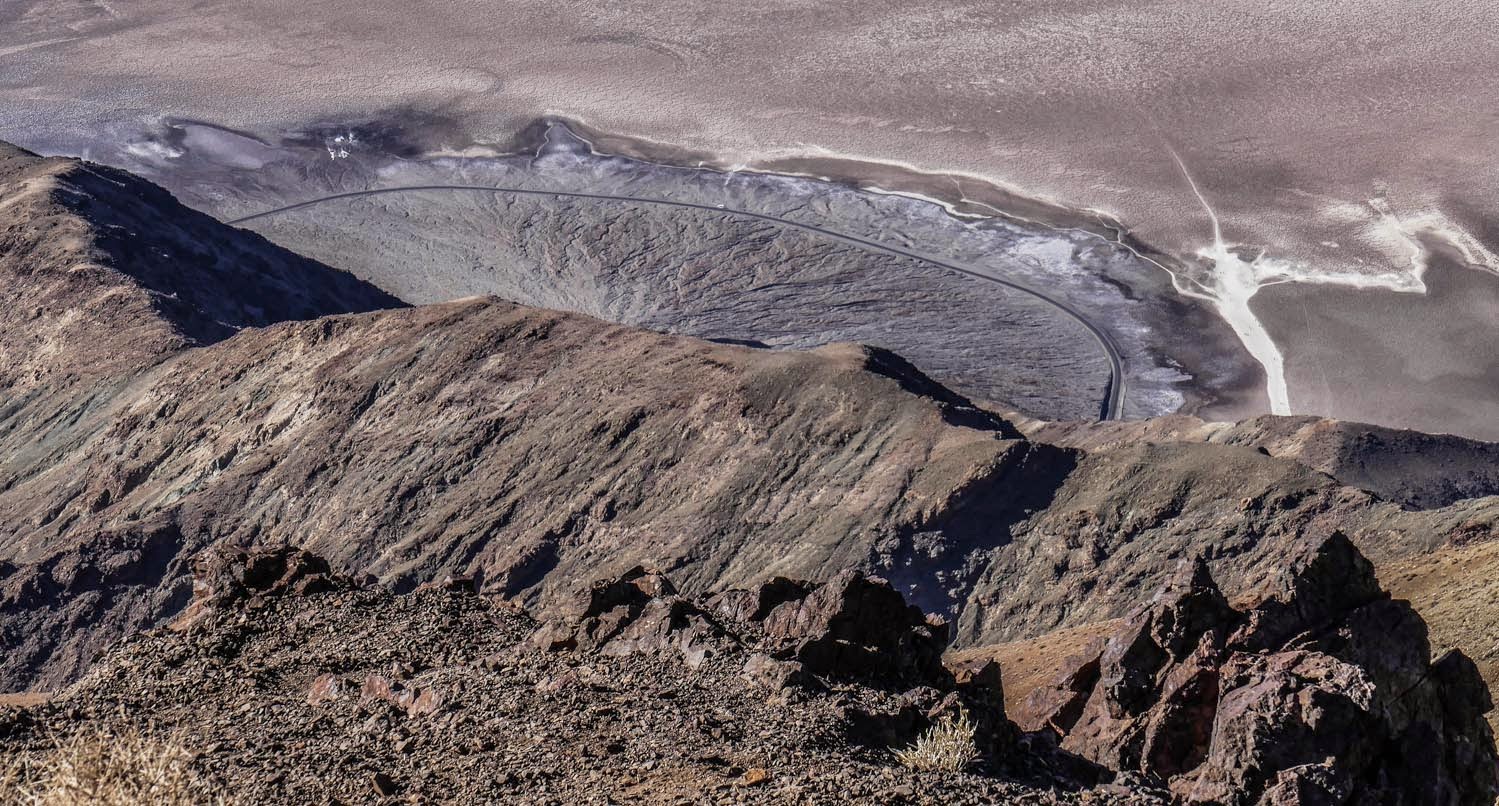 This is the road we returned on from the date ranch. I'd never have guessed how different it would be from a mile in the air. I also would never have guessed that my vocabulary would prove to be so inadequate, that I just would not have the words to do justice to these views. 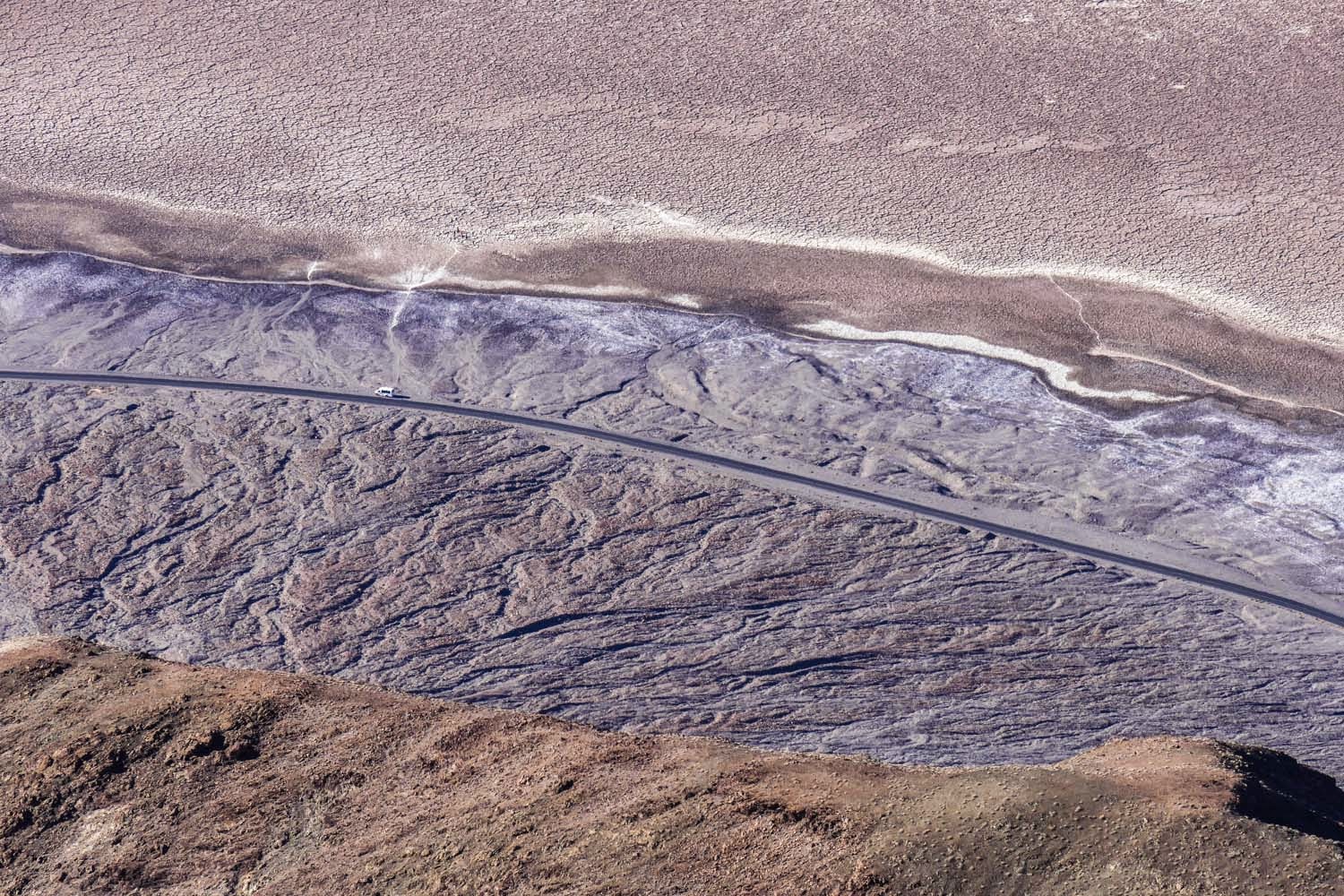 At this high moment, ability failed my capacity to describe. - Dante Alighieri
at 9:15 AM