The desert is calling

When I met my Drifting Grace friend, Cheryl, last summer, she told me about hiking to the bottom of the Grand Canyon some years earlier and wondering, with despair, what she'd gotten herself into. Getting into the Canyon is one thing; getting out is another. (I know this long distance, never having had the nerve to go into the Canyon myself, doubting my ability to haul my carcass out.) But with her hike leader's encouragement and instruction, she not only made it out just fine, but had a great experience from then on. After all that time, she remembered this leader with respect and fondness, and wished she could let her know just what she'd done for her; as Cheryl put it, "She changed my life." Then Cheryl told me who her leader was - Denise Traver - and I said, I know Denise!

Denise's husband, Brad, is the superintendent at Petrified Forest (PEFO) and I met Denise when I volunteered there the first time, two years ago. I had no idea who this nice, nice woman was, other than the super's wife, and only learned of her legendaryness much later, when Cheryl told me that Denise's story (including the fact that she created and led the first all-woman hike into the Canyon) is in the book Grand Canyon Women. I loved it that I could put my two friends in touch with each other again.

I'm on the email list for Denise's website Hit The Trail, which is devoted to Phantom Ranch, Grand Canyon, Sedona, and the Southwest. Denise was a backcountry ranger at Grand Canyon for years. If ever there was a woman who will always have the Colorado River running through her veins, it's Denise.

This is a long work-around to say that I got an email from Denise's website a couple of days ago with the news that the fledgling Petrified Forest Field Institute (PFFI) will begin outdoor programs in August. I was overjoyed to see this, to say the least. PEFO is the gem that people drive right by on the way to the Grand Canyon, the one people adopt a quizzical look about when I say, Don't leave Arizona without going to Petrified Forest!, the one about which others say, Oh, yeaaahh.... I went there when I was a kid, I think. It's world-class but people don't know it, and this is why I was overjoyed - but not at all surprised. More than one person has told me that Brad has done more to open the park to visitors than any superintendent before him; he lives in the park; he hikes the park; he loves the park. This is not just a job to him. So while the news of the Institute is very, very good, I would expect nothing other than this kind of bridge-building vision from him.

The photos here aren't indicative of the classes being offered, just a reflection of my love of the place. 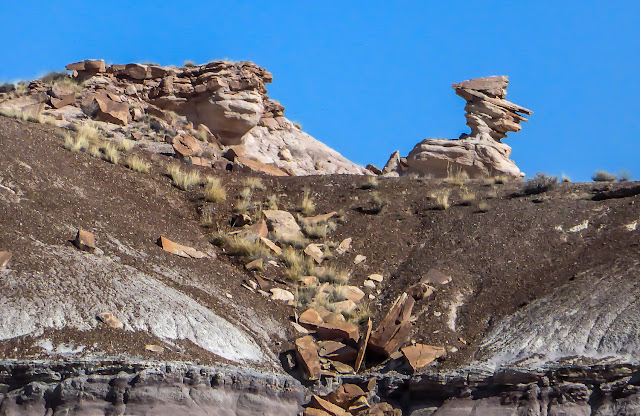 Here are examples of some of the sessions:

Dig with the park's paleontologist, Bill Parker, one of the world's foremost authorities on the Triassic Era. 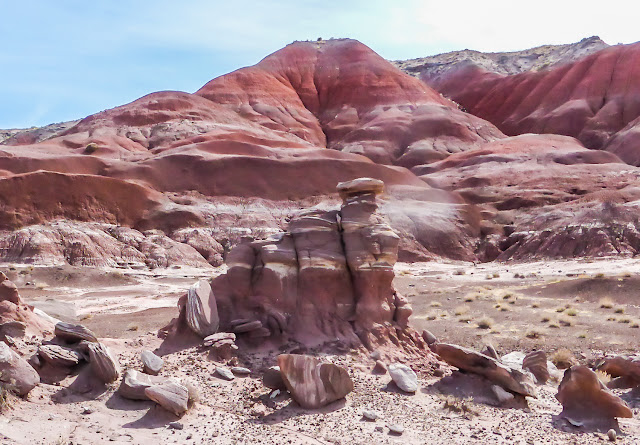 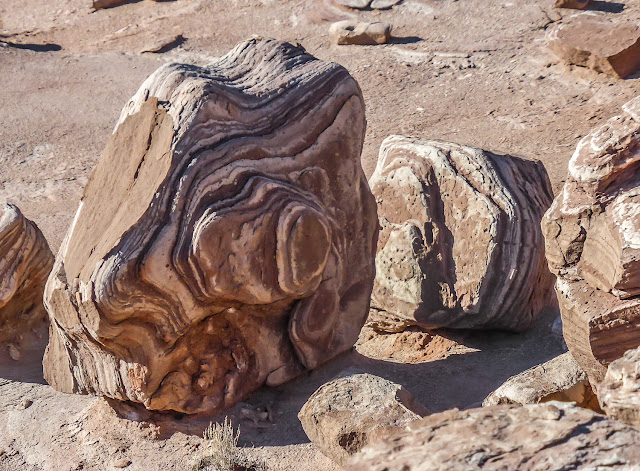 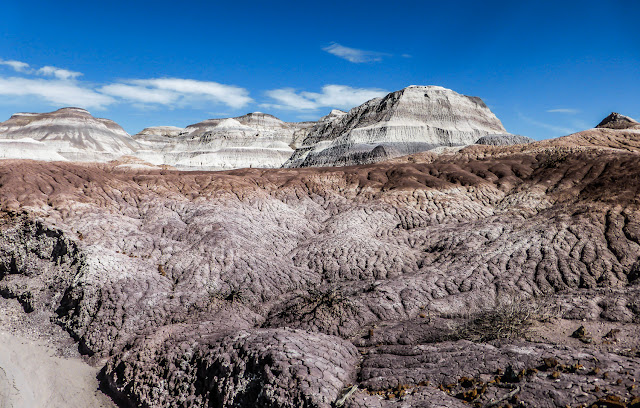 Hike widely different areas of the park with guides who specialize in its geology and natural and cultural history. 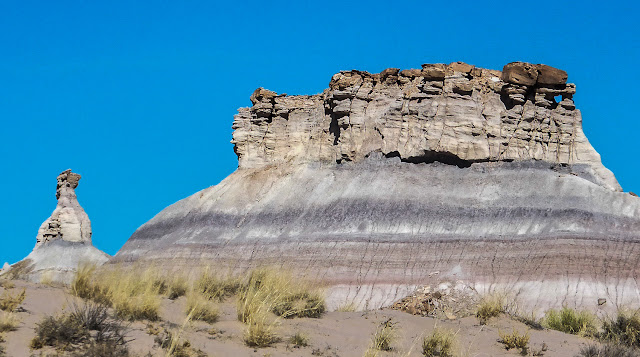 Explore expansion lands with the park's archeologist, Bill Reitze, to document previously unrecorded petroglyph galleries, some with hundreds of rock art panels. Learn archeological techniques while also learning how information from the petroglyphs is used to understand and interpret the lifestyles of the area's prehistoric peoples. 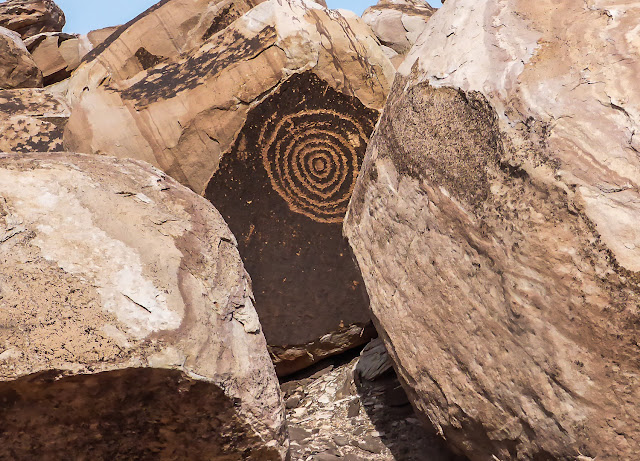 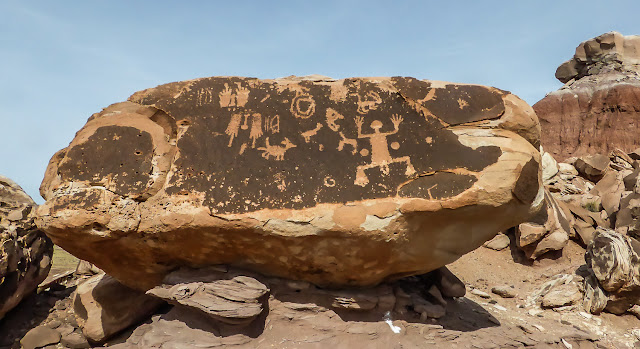 I want one of each, at least. If you go, you might have your own life-changing experience because Denise is leading tours along PEFO's 28-mile length.

The other night HH and I watched an episode of Ken Burns' series on the National Parks, one featuring Petrified Forest. Anyone who has read much of anything here knows how I love that place. The place, and the people there, were a safe and welcoming harbor for me when I desperately needed one. I didn't know how much I missed it until I saw its spectacular scenery again on television. To paraphrase John Muir, The Painted Desert is calling, and I must go. 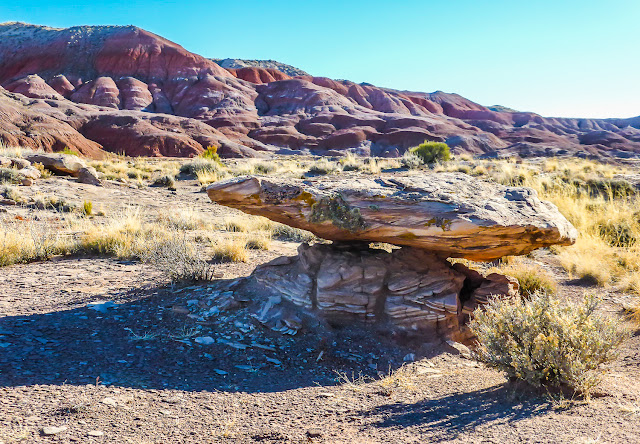 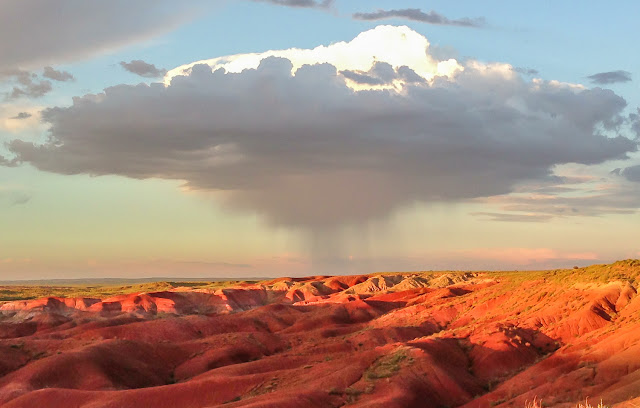